Please give us a hand!

Hello all,
The Kalani Falcons team 3008 are very much in need of donations in order to support our funding for our trip to St. Louis Missouri for the FIRST World Championships.
Please support us by clicking the link below, and sharing it with your friends and family!

The brutal final matches.
Posted by Cammy at 8:06 PM No comments:

Hello again.
We've just recovered from an extremely busy weekend at the FIRST 2013 Hawaii Regional.  Three straight days of rushing around, making last-minute changes, and having frequent panic attacks; but it was definitely worth it.  We brought back with us the Entrepreneurship Award and the title of Regional Winner.  We will explain. Read on. >>

The Hawaii Regional had a much greater variety of teams, including teams from Australia, Taiwan, California, and China.  It was a lot of fun meeting all the different people!

Our brand new falcon mascot costume was a big hit.  It was very animated and spirited, bringing even more excitement to the pits and stands. 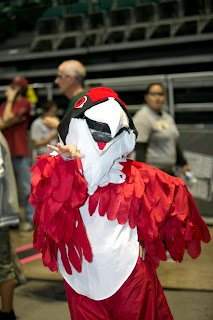 We spent a lot of time in the pits trying to improve our robot and fix a lot of problems that we had.  Our hard work really paid off.  We finally got our climber to work, which got us a lot of hanging points.  It made a big difference, especially towards the end.

We didn't use our shooter much because it was hard to aim, so we focused mostly on defense. 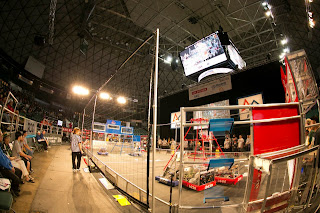 Our skills in playing defense is probably what made Leileihua and Baldwin, the third seeded alliance, choose us during alliance selections.  We were very surprised and glad that we got picked, especially considering that our final ranking was 32 out of 38.

The quarter finals were very challenging for us.  We were knocked so hard that we lost connection.  The connection would go out frequently in the next few matches, but luckily we stopped losing connection sooner or later, won the quarter finals, and moved on to the semi finals.

The final matches were so full of suspense.  We were up against Waialua, Punahou, and Sacred Hearts and we really did not expect to win.  Until we did.

And the crowd goes wild!! 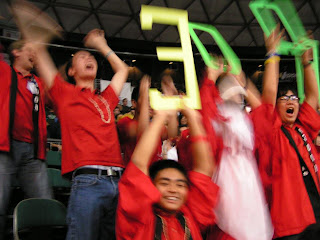 We couldn't believe it, but here we are with the title of Regional Winner.  All thanks to Baldwin and Leileihua for being such great alliance partners! 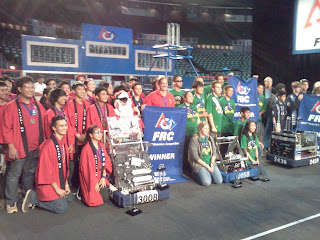 Meanwhile, we're getting ready for an exciting trip to St. Louis Missouri for the World Championships on April 24-26.  Keep you posted! 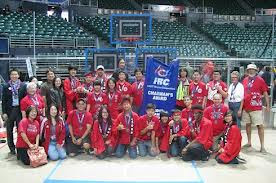